COLUMBUS, Ohio — Nathan Klein always knew he wanted to have his own ceramics business, but just in the past month decided to quit his full-time job to pursue his dream.

What You Need To Know

​​Klein has always loved ceramics, he even studied it in college at the Ohio State University, traveling to China to learn the craft, from forming the clay to throwing it.

“You’re basically taking earth, taking mud, and manipulating it into a form,” Klein said. “Which is one reason why I really got into ceramics.”

For Klein, that process was always comforting, but also a dream he wasn’t sure he could pursue. He took a marketing job in hopes it could get him there.

“With taking that job from the get go, for me, was to get to a point where I was financially stable enough to be able to take the leap of faith and do what I’ve wanted to do for the majority of my life, and that’s to own my own ceramics business,” he said.

Which is exactly what he did.

Klein quit his marketing job and now works full-time from his basement studio. He said while leaving his job was a risk, it was a risk he was willing to take.

“I was afraid that I was going to fail,” Klein said. “But, you know what, there have been so many times where I’ve failed over my life and then it’s just made me stronger.”

A record number of Ohioans, more than 171,000 of them, started their own business in 2020, during a worldwide pandemic.

Now, Klein spends hours a day in his basement, creating anywhere from 30 to 50 pieces each day. He’ll have to keep that pace up, because the orders continue to come in. 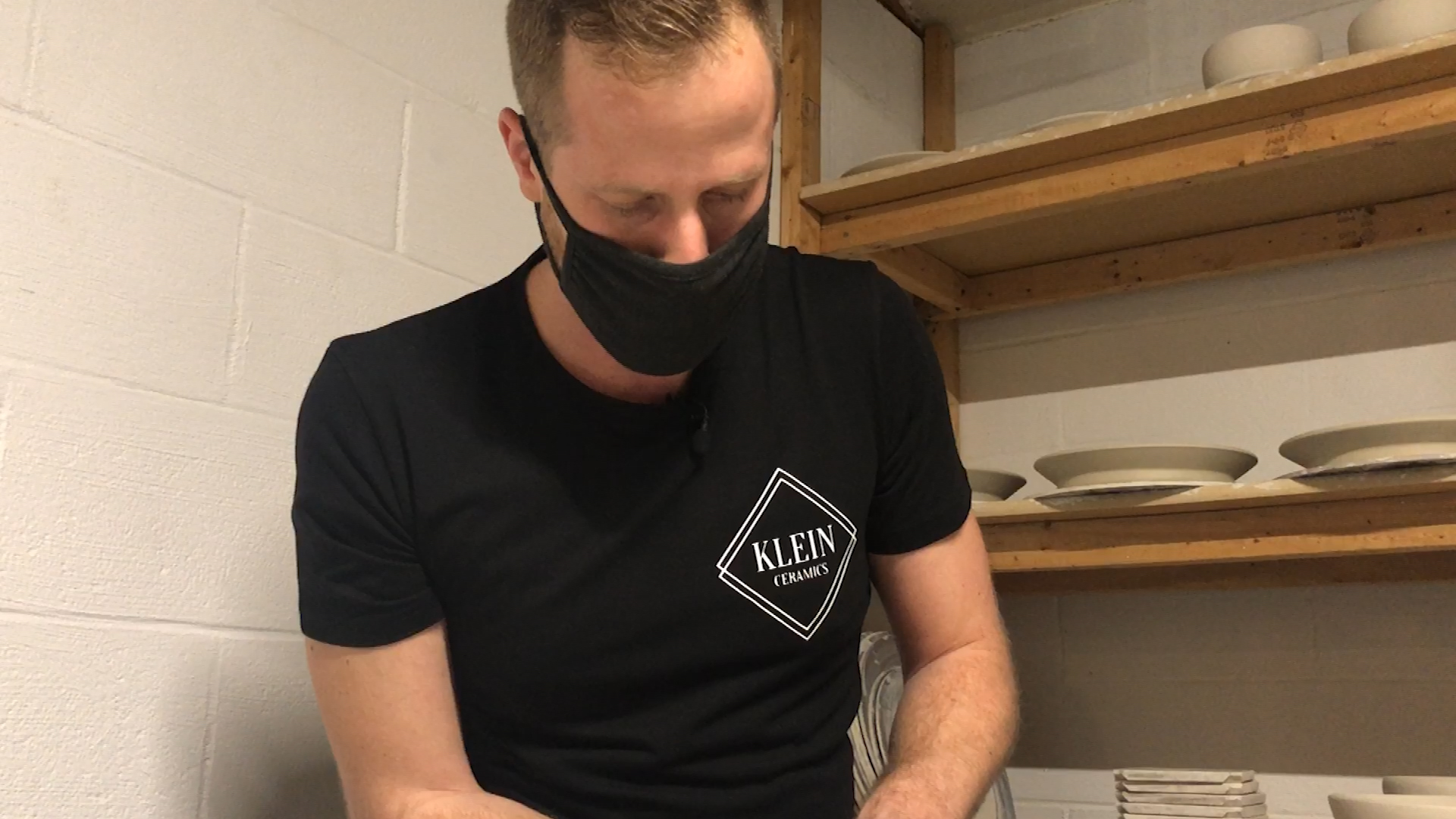 “I’ve just been kind of overwhelmed with the amount of support that I’ve gotten from the, not only Columbus community, but the community outside of Columbus,” Klein said.

Already just a few weeks into being his own boss, Klein said doing what he loves is a dream come true.

“I feel like I finally have the confidence in myself to be like you know what, I can do this,” he said.

Apr 14, 2021 Lim Jon
We use cookies on our website to give you the most relevant experience by remembering your preferences and repeat visits. By clicking “Accept”, you consent to the use of ALL the cookies.
Cookie settingsACCEPT
Manage consent